Animals in Winter: The Project- Part 2

This week we started creating the animals to add to the habitat for our project.  Each child picked an animal that hibernates, migrates and adapts.  I gave them each a picture of their animal to use so they could make their animal as accurate as a five year old can!  They knew that they were documenting what the animal looked like by creating a model of it.  They looked at the main color of their animal and painted a paper tube to match.  Then they used paper to create the parts of their animals.  They were concentrating so hard on the pictures and their models that you could here a pin drop!  A teacher thought they were at specials because the room was so quiet! 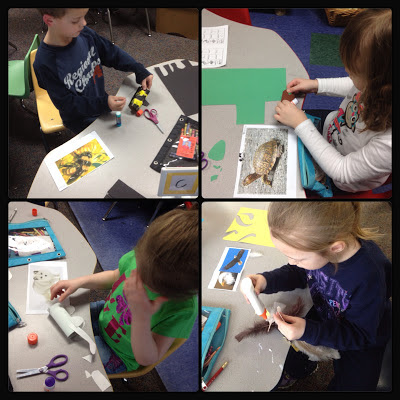 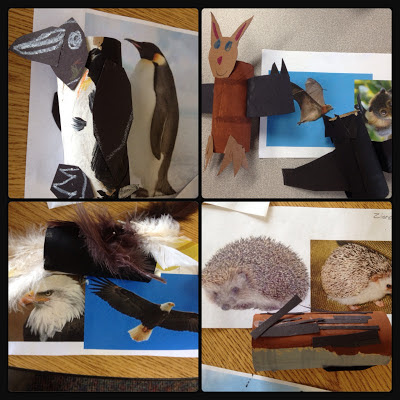 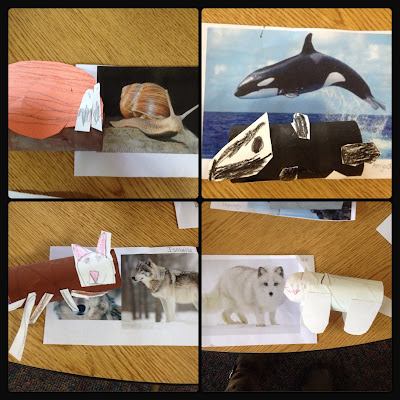 After they made the animals, they created labels for them to let everyone know what they were and what they did to survive winter.  They then added them to the habitats they created. 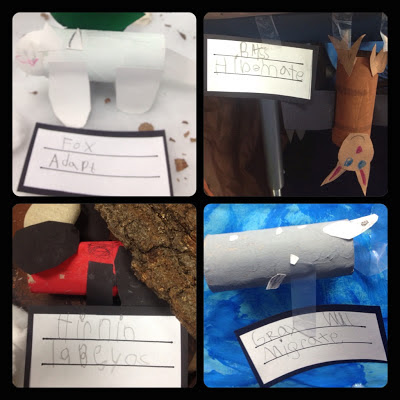 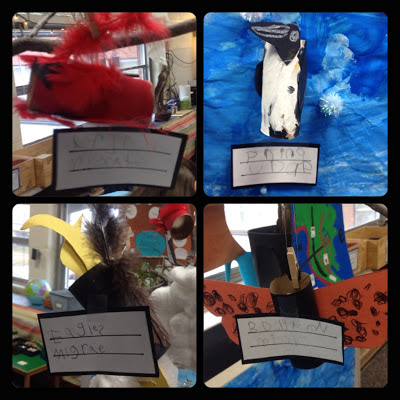 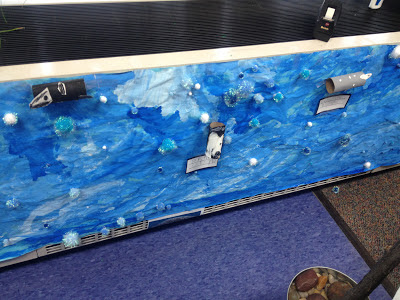 They also labeled the habitats.

The hibernation group wanted to investigate animal tracks and add them to our project!  So they did!  They looked at a book we had and some pictures of tracks that I printed for them, then created tracks based on what they noticed! 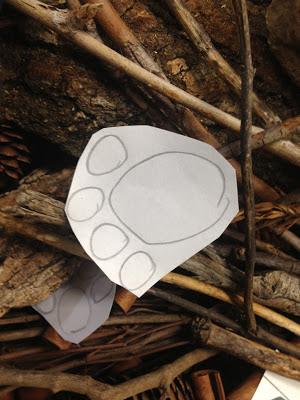 The migration group also decided to create a map to show the migration paths of geese, monarchs and gray whales.  They added pictures of the animals and and some facts that they learned about the migration of these animals.  They plan on using the map when they present what they learned about migration to the rest of the class.  They also plan on teaching the rest of the class that the top of the map is North and the Bottom is South.  One student also wants to let everyone know where East and West is on the map and that the sun rises in the east and sets in the west.  Here is the map they made! 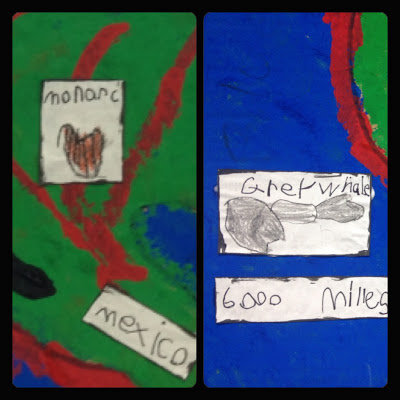 Of course, all of our investigation has rubbed off on their play!  They create caves out of our moon dough and play with the animals in the caves.  They role play and play hibernating animals using our cave.  Of course, they also play animals chasing each other around the room on all fours!  One student made a bear paw that fit on his hand our of construction paper and tape!  I love seeing them use our project in their play! 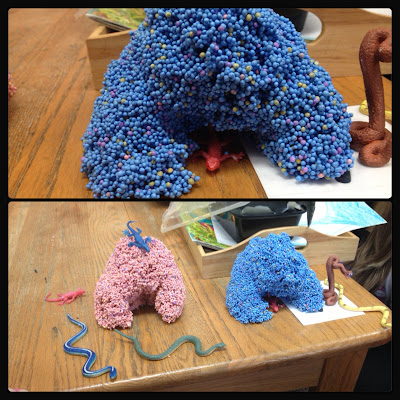 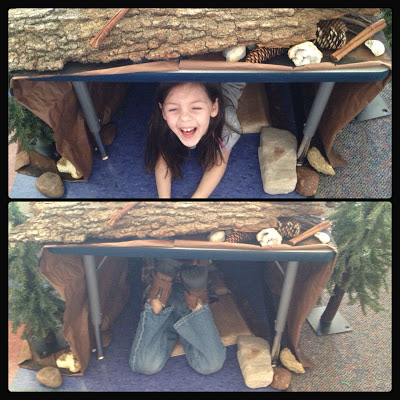 The next step is the presentation of what they learned.  The three groups (hibernation, migration, adaptation) will each make a video to show to the rest of the class.  We will put all three videos together to present to other classes who are interested in learning about how animals survive in the winter.  We are hoping to finish this on Monday!  That will end our (more than) five week inquiry and project about animals in winter!
The kids have already let me know what they want to explore next!  Simple Machines is what they have been interested in and have already been exploring extensively during our free exploration time (though they do not realize what they have been creating are called simple machines)!  I will use their past explorations in this new area to start our study this week!
Posted by Mrs Myers Inquiring Minds at 7:09 PM