Force and Motion Inquiry- The Introduction

Ramps and a Focus on Persistence

Here are some activities that have been going on since December during the kids play: 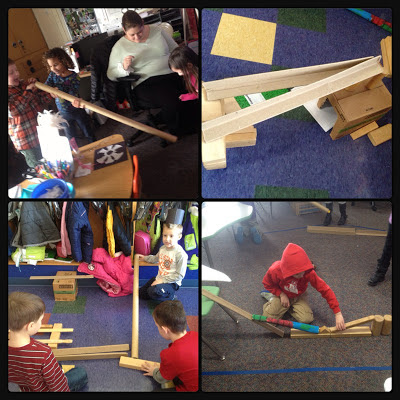 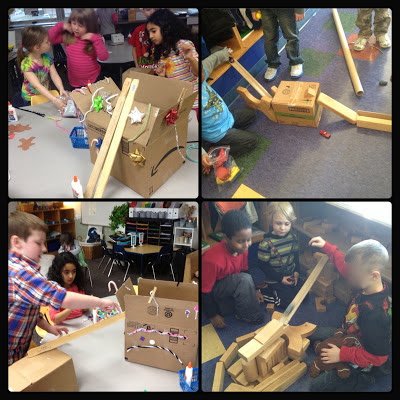 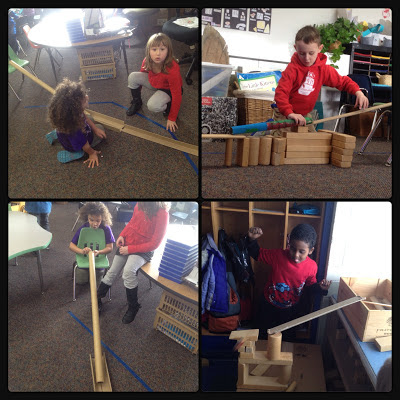 Do you see the reaccuring theme in their play?  These kids have been obsessed with ramps and creating motion!  One child created a catapult out of blocks!  So we have decided to inquire about force and motion.  I have a feeling this will also take us into some simple machines!

As the kids made ramps, the problem solving, teamwork and persistence amazed me.  These are qualities I want to instill in these kids to help them in the future.  I was so proud of them! 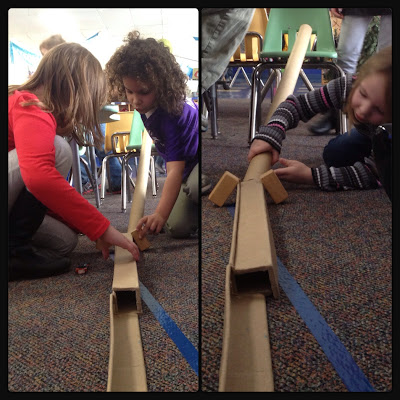 The kids have also presented to the class how they built their ramps, problems they ran into (The car wouldn't go through the tunnel, the car kept falling off the ramp, the car wouldn't go as far as they wanted...) and what they did to solve the problems. 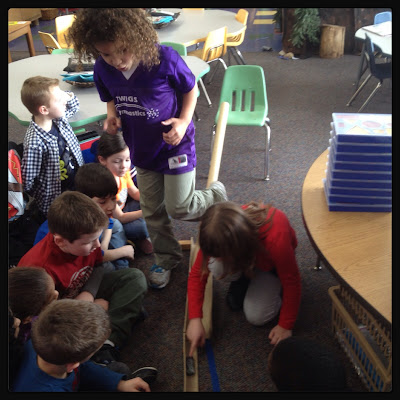 We have been having discussions about persistence and how important it is to have it!  We discussed what would happen if people did not have persistence and just gave up!  This group does not give up when things get hard because of their persistence.  I want to make sure they know what this quality is that they have, how important it is and how proud I am that they have it as 5 year olds!  I think this will be an ongoing theme with anything they do in our room!

After observing all of these ramps. we came up with a definition for the term "motion."  They realized that motion is movement.  We brainstormed different ways things move.  They came up with all kinds of motions!  Jumping, rolling, running, falling, slamming, pushing, pulling, etc.  The next day, I laid out a bucket of items and asked the kids if any of these things can have motion all by themselves?  They quickly came to the conclusion that in order to move, things need help!  I let them know that the help they were thinking of is called "force."

The next day we did a lesson idea that I got from an amazing teacher in our building, Mrs. Atkin.  The kids each picked an item and had to provide a force to make it move.  Here are some of the kids coming up with ideas on how to create a force to make items move.

They also thwacked, threw, squeezed glue, pushed and pulled scissor handles, and so much more!

The kids then brainstormed some questions they had about motion:

What force makes us move?
How do cars move?
What force pulls us back down after we jump up?  (I threw that one in!)
What force makes the wind move?
How does rain and snow come down? (Yay!  I was hoping they would start asking questions about weather!  That is such a fun inquiry!)
I can't wait to see where this inquiry takes us and how they apply it to the ramps that they have been creating!

This week our school had it's annual Science Fair!  The kids got to have a taste of it during the day, then brought their families in the evening to enjoy!  Here are some photos of a few of the science activities the kids were able to explore during the day (There were so many more set up in the evening that I did not get pictures of!).