After we investigated worms, the kids decided on a mural as the project to show what they had learned.  One thing they all helped with was painting the soil, then they worked in teams to make different parts of the mural. 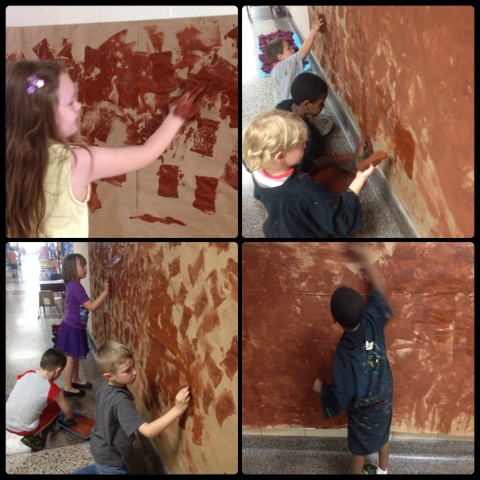 One team cut some green paper for grass.  They studied what worm tunnels looked like and painted them onto the soil. 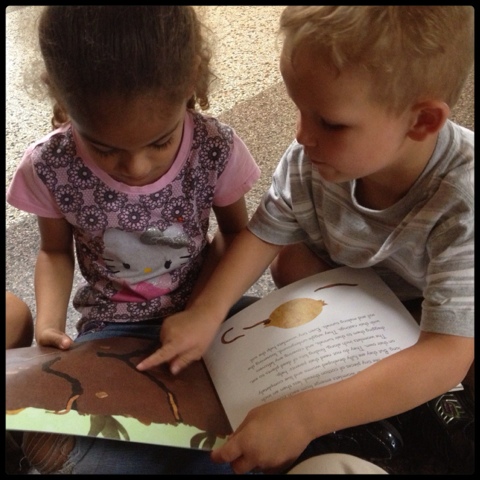 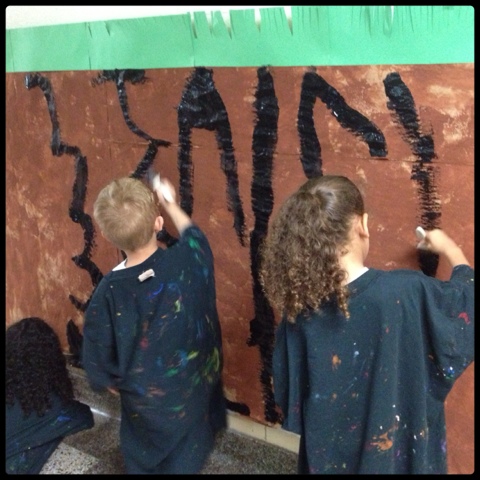 After each team worked on the part of the mural they signed up for, they wrote information that they wanted to share about their part of the project. 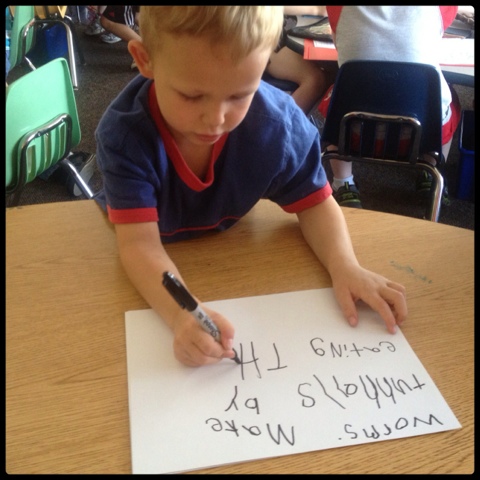 Another team used books to review what worms look like so they wouldn't miss any details! Then they made some worms and added them to the tunnels. 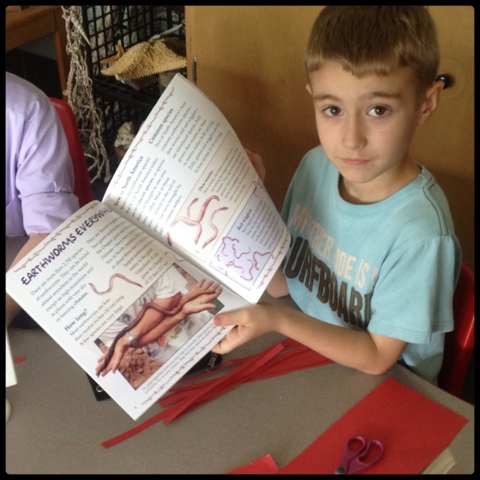 Another team worked on the cocoons which they learned held the eggs until they hatched. 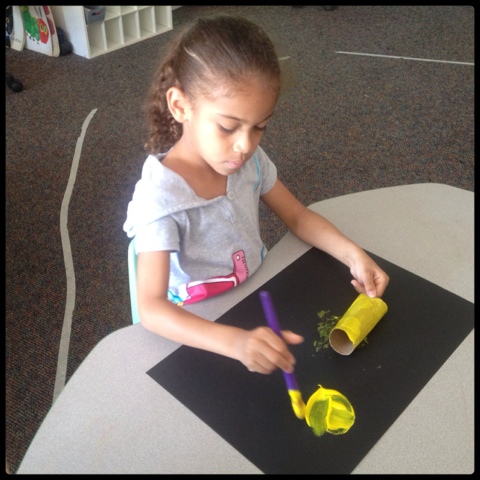 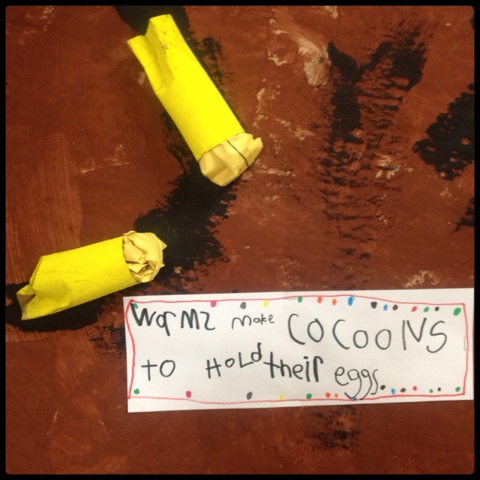 One team wanted to paint flowers and make roots to show how worms help them. 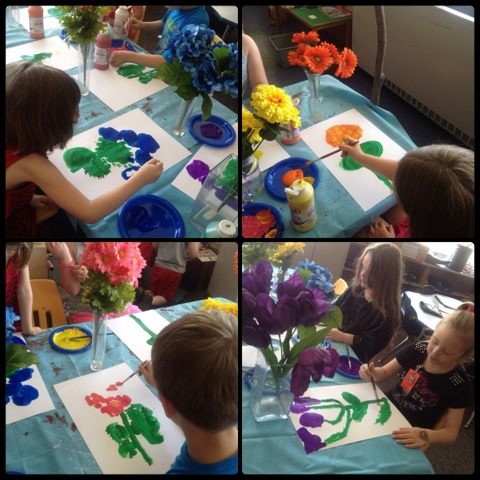 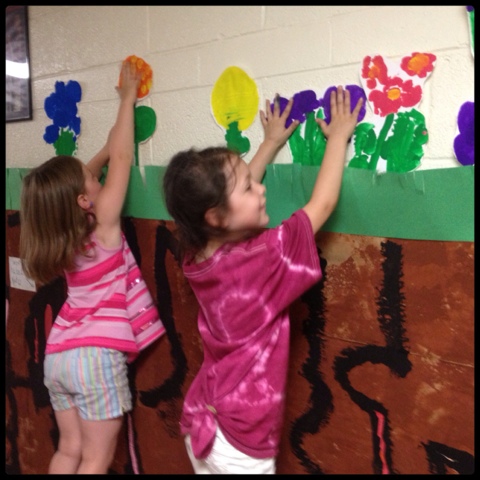 Many kids were very interested in how the worms created castings that helped hide their tunnels from predators and also helped plants grow by providing food. 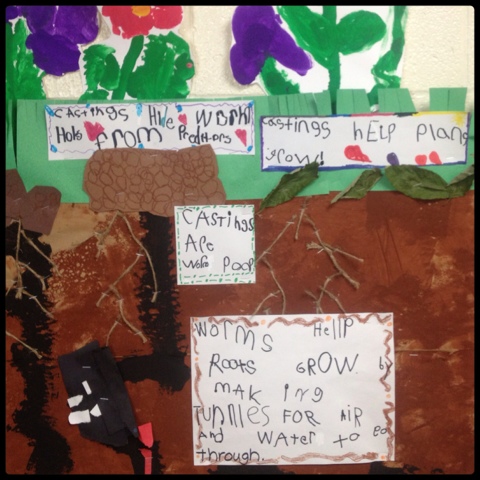 One big interest that surprised me was the predator/prey relationships! If we had another month of school, I think they would have loved to do an inquiry on the food chain.  After reading a book called "Feathers For Lunch," they made the connection through their own discussion that the worm eats the dirt, the bird eats the worm, the cat eats the bird! They thought that was so cool!

They used the same book to investigate which local birds were worm eaters to add to the mural.  They were also really starting to get into the different types of birds and what sounds they made!  Another possible inquiry had we more time!  They also found out other predators liked to eat worms such as moles, hedge hogs and snakes, so they had to add these to the mural also!  They also glued feathers to wooden clothespins after studying what robins, blue jays and house wrens looked liked.  They did such a great job making them accurate but I didn't get photos of them! 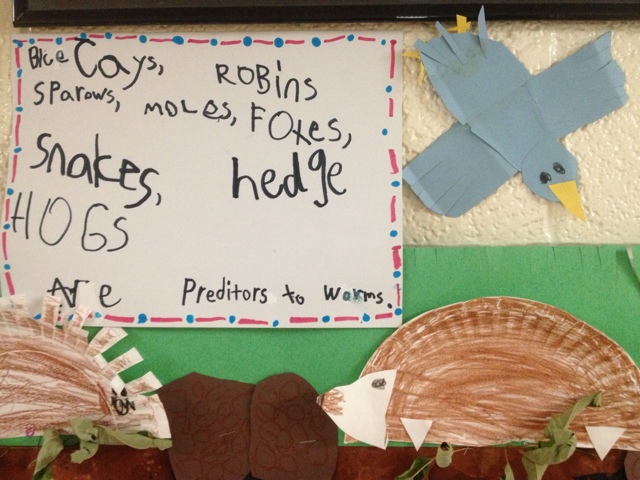 They also added some documentation from worm observations. 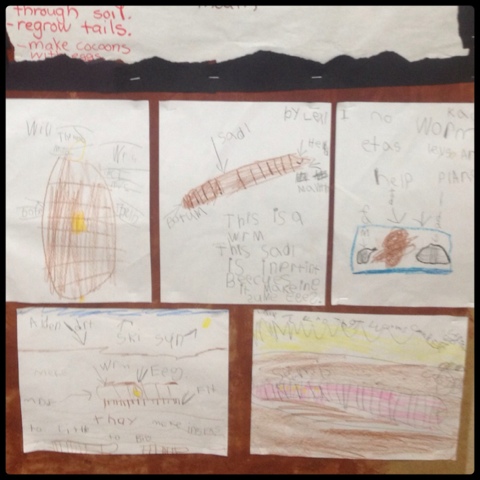 Here is the finished mural! 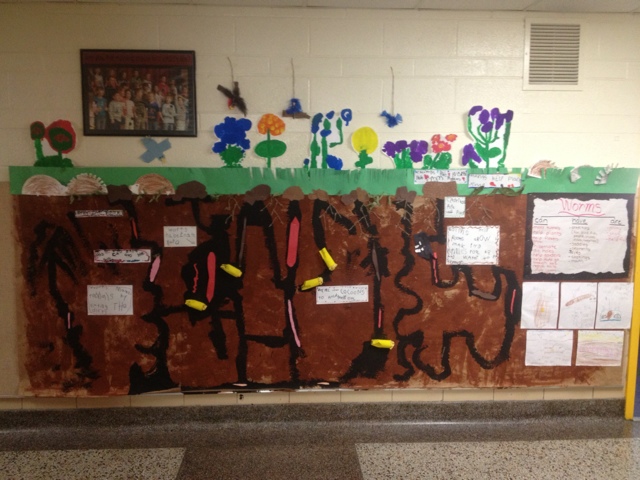 I now know, because of these little  researchers, more than I ever thought I would know about worms! They truly loved this inquiry and took ownership of it!  The more I have learned this year to let go and let the kids pick what to study based on their interests and experiences, the more I see with my own eyes the value in it! I am having more fun teaching than ever before! Of course, this big group of scientists and engineers that I have this year have made it extra enjoyable!